Key Points: Have you been for a walk through the forest lately? Did you notice the leaves rustling in the wind? And the spicy smell permeating the air? Did you take in a deep breath of that aromatic scent? If so, you did yourself a big favour because you were inhaling countless different types of health-boosting components, and besides them, only clean, fresh air. One square kilometre (or 0.38 square miles) of forest absorbs up to 7,000 tons of fine particles each year.1Peter Wohlleben, The Hidden Life of Trees, in the German edition: Das geheime Leben der Bäume (Hardcover), Ludwig Verlag München, 10th Edition, 2015, p.198; see also Percent Particulate Matter (PM2.5) Removed Annually by Tree Cover, EnviroAtlas Fact Sheet | United States Environmental Protection Agency [Accessed 26th August 2021] And, as you might have suspected already, the majority of them are man-made pollutants. Forests are great filters, and the air beneath their trees’ branches is much cleaner than anywhere else.

Contents hide
1 The Health Benefits of Trees and Their Terpenes and Phytoncides
2 Walk Among Healthy Trees for Beneficial Terpenes
3 Terpenes Can Even Help Curing Cancer
4 Are You Happy? No? Then Hug a Tree!
5 Get a Room with a View
6 More on This Topic
7 Topics You May Also Be Interested In

The Health Benefits of Trees and Their Terpenes and Phytoncides

Forests are not only one of our last refuges of clean air, a place where we can escape the pollution that cars, chimneys, planes, and so many other things impose on us every day. They are also a priceless treasure box of terpenes and phytoncides.2Characteristics and distribution of terpenes in South Korean forests | Journal of Ecology and Environment [Accessed 27th August 2021] A variety of plant-produced substances fall into these categories, and other plants, besides trees, emit them as well. Yet, in a forest, you get the maximum effect of these little miracle workers. Plants have developed terpenes and phytoncides for various reasons. They help to deter herbivores and attract beneficial animals instead. But terpenes and phytoncides also help trees to heal themselves. And would you have guessed that trees can even communicate with each other using these natural chemicals, for example, to warn their neighbours about an attack of an insect or another herbivore?

Some of them also have a very positive effect on our health and mental wellbeing. So far, scientists have discovered more than 80,000 terpenes, and they suspect there are many more. Some of the known terpenes are produced by animals, but most of them are emitted by plants.3What to know about terpenes | MedicalNewsToday [Accessed 26th August 2021]; Phytoncides: The Science Behind Forest Bathing Benefits | Forest Bathing Central [Accessed 26th August 2021]; More is better: the diversity of terpene metabolism in plants, Fei Zhou & Eran Pichersky, Department of Molecular, Cellular, and Developmental Biology, University of Michigan | Science Direct [Accessed 26th August 2021] So, let’s find out what they can do for you!

There is only a tiny catch to it. Usually, conifers emit more healthy terpenes and phytoncides than broad-leaved trees. If, however, trees are planted in climate zones where they don’t belong, things change.6Peter Wohlleben, The Hidden Life of Trees, in the German edition: Das geheime Leben der Bäume (Hardcover), Ludwig Verlag München, 10th Edition, 2015, p.198f. Some conifers such as spruces and Scots pines naturally belong into nordic regions and not into countries such as, for example, Germany – but in this country, the majority of trees are, as you might have guessed, spruces and Scots pines. By 1800, most of Germany’s forests were gone, cut down by the growing population, which needed more and more wood and space. During times of war, even more wood was needed. When reforestation began, people planted mostly spruces and Scots pines instead of native broad-leaved trees.7Historical evolution of forest management in Europe and in Japan | Alessandro Paletto, Cristina Sereno, Hiromichi Furuido | ResearchGate [Accessed 26th August 2021]; The prehistoric and preindustrial deforestation of Europe, Jed O. Kaplan, Kristen M. Krumhardt, Niklaus Zimmermann, Quaternary Science Reviews | Eidg. Forschungsanstalt für Wald, Schnee und Landschaft WSL [Accessed 26th August 2021]; Forest dynamics in Europe and their ecological consequences | European Environment Agency [Accessed 26th August 2021]; History of the forest in Central Europe | Wikipedia [Accessed 26th August 2021] They grow faster and supposedly produce more wood, and thus, profits. But even back then, Germany’s climate was too warm and dry for spruces and Scots pines, and today things are even worse due to climate change. During the summers, these trees have been in great distress, especially in recent years. Summers are becoming hotter and drier than ever around the globe, so distressed trees are not a problem of only Germany anymore.8Trees and Climate Change | FORECCAsT [Accessed 27th August 2021]

Trees in distress send out terpenes and phytoncides as well, but different types than healthy trees. As Peter Wohlleben, a renowned tree expert, writes in his book, “The Hidden Life of Trees,” these trees are always close to dying from heat and lack of water. This also makes them prone to attacks from parasites, and they “cry out” by sending out terpenes and phytoncides to “inform” their neighbouring trees about the danger and stress that comes with it. Experiments have shown that these types of terpenes and phytoncides can also adversely affect humans. For example, if you stand under a tree in distress, your blood pressure may rise. On the other hand, if you stand under a healthy tree, your blood pressure becomes lower.9Peter Wohlleben, The Hidden Life of Trees, in the German edition: Das geheime Leben der Bäume (Hardcover), Ludwig Verlag München, 10th Edition, 2015, p.199 So, head out into the woods to get your dose of health-boosting terpenes and phytoncides, but inform yourself first which trees are native to your area and where to find them – and tell everyone you know how important it is to keep trees healthy.

Terpenes Can Even Help Curing Cancer

Are You Happy? No? Then Hug a Tree!

Connecting to nature is essential for being happy and for maintaining a balanced life. Many of us have lost this connection or don’t maintain it regularly. Being outside in nature stimulates your body to produce more of the hormones that make you happy. Remember that everything is connected. Everything is part of the same universal mind, and everything has an energy that vibrates at a specific frequency. Trees are powerful beings. Some have been around for hundreds of years or even longer (a few even in Germany). Hug a healthy tree or at least touch it or lean against it, and you will feel some of that energy flowing through you. A tree in distress surely would appreciate a hug as well, but healthy trees seem to have a more positive effect on our happiness than trees fighting for their lives. Peter Wohlleben suggests that this again is due to the different types of terpenes and phytoncides they emit. In my opinion, purely energetic vibration plays an additional role. Just imagine how it feels when you are comforting a sick cat or dog. Although you love it, the vibrations it gives off don’t make you happy but rather sad because you feel with them and worry about them. This doesn’t mean that you shouldn’t hug a sick pet or a distressed tree. It only means that, in this case, you should reverse the energy flow. You should place yourself in a positive mindset and be the one sending out positive vibes to the being in need instead.

Get a Room with a View

At a hospital in Philadelphia, doctors discovered that even the sight of trees speeds up healing and recovery. Patients who were given a room with a view of trees recovered much faster than patients with rooms facing buildings. They also had much fewer problems with depression after surgery.13View through a window may influence recovery from surgery | R.S. Ulrich | National Center for Biotechnology Information [Accessed 27th August 2021] So, if you are about to move houses, you might want to pay attention to where your new home is located. The best thing would be to move out of the city. In any case, at least try to have some trees in front of your living room window.

Making Informed Buying Decisions and Only Buy What You Really Need

Reclaim your power and your decision! Get rid of the “consumer” label and reclaim your right to be a citizen. See behind advertisers’ tricks and learn to avoid consumer traps that cost you money you wouldn’t have needed to spend.

More on This Topic

Directly from Your Inbox

Subscribe to Gravity's newsletter for more ideas on how to transform your life!

Creating inspiring, informative and well-researched content is a lot of fun, but it also takes a lot of time. If you enjoy our free content, please consider supporting us via Buy Me a Coffee so we can continue to publish high-quality content for you. Thank you!

This page contains Amazon affiliate links. If you click on one of these advertisements, you will be redirected to the corresponding offer on the Amazon website. If you subsequently decide to make a purchase through our link, as an Amazon Associate we will receive a commission from Amazon from qualifying purchases. This is at no extra cost for you but helps us out a lot. 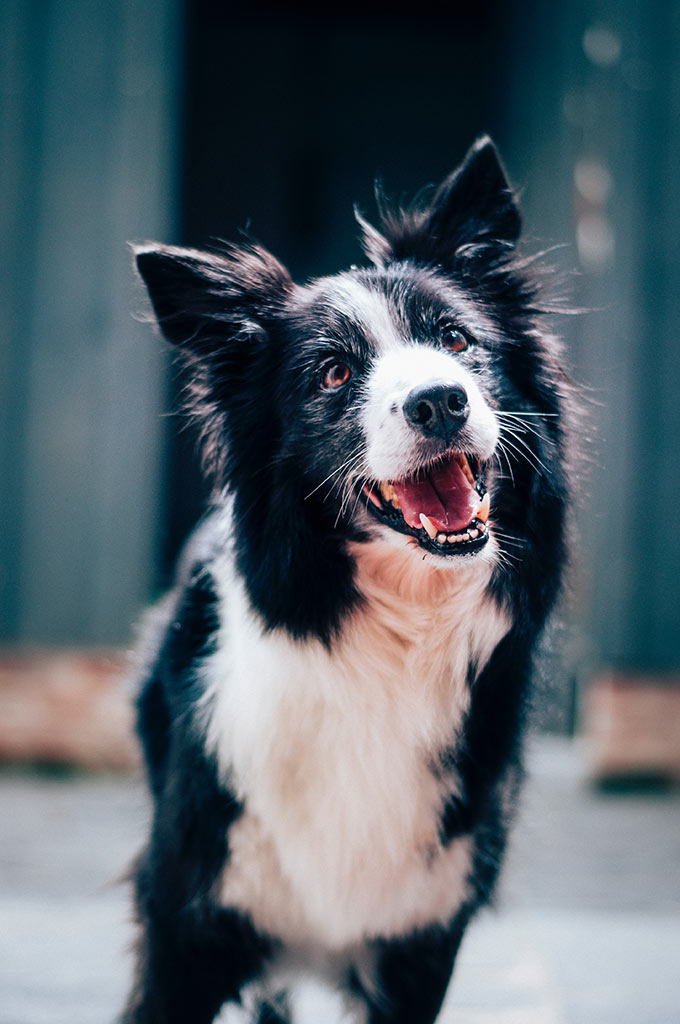